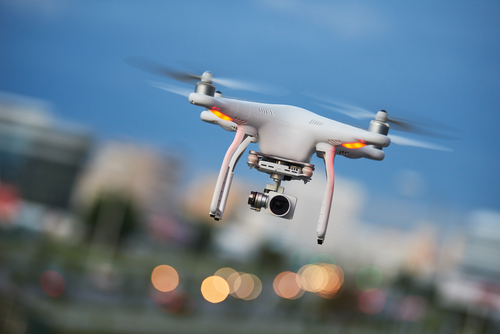 For those who like to travel, drones can be a solution to become the latest traveling equipment for angle photos from above. Because a vacation to a charming tourist destination feels less memorable without photos and videos that capture it.

With the help of drones, this need will be solved. Even the interesting spots captured will look amazing because of the different shooting angles. Unfortunately, not everyone has this sophisticated tool. The price, which is considered expensive, is an obstacle to getting quality photos while on vacation. In fact, currently, there are many drones at low prices on the market. You can get it by spending around Rp. 2 million. Here are some recommendations.

The drone that can be used as an option for beginners is the Cheerson CX-35 Phantom. This drone is a Quadcopter drone type with four propellers. You can get this drone with prices starting from Rp. 1.6 million

Although cheap, this drone has an elegant shape. Users are also facilitated through a one-key operation system. That is, users simply press a button to perform tasks such as take-off or landing.

Furthermore, the Syma X9HG drone is also suitable for beginners who want to learn to take photos or videos using drones. The Syma X8HG is priced at IDR 1.7 million. This drone has been equipped with an 8 MP camera to capture your exciting holiday activities.

But if you want to use other action-cams like GoPro or Xiaomi, you can too. Besides being able to lift the camera load, this drone is equipped with a blade protector to protect the propeller from impact while flying.

Syma X8G Drone Quadcopter is a drone with better capabilities than previous drones. The ability to perform flight maneuvers such as going up-down or turning right-left, even side-flying or side-to-side flying can be done stably. The price of this drone is also still relatively cheap, which is priced at Rp. 2 million.

This drone is also equipped with an 8 MP camera. The camera can produce videos with full HD resolution. Like the Syma X8HG version, this drone can also lift other action cams if you so desire.

The Parrot Mambo Drone can also be an option for beginners. This French-made drone is priced at IDR 2.4 million. The quality is certainly better than the previous products. Besides being able to be used to capture your traveling moments, this drone is equipped with a number of additional accessories that you can detach. Users can also play this drone at night because there is an illuminator or lamp that can be installed as lighting.

You can get this sophisticated drone at a price of Rp. 2.9 million. In addition to the built-in camera, this drone is also equipped with colorful LED lights that serve as navigation.

The sophistication is felt with the auto-return feature, which allows users to set settings back to the initial flight location automatically. In addition, there is also an altitude sensor and protection when the signal is lost.

You can consider these products if you intend to buy a drone with a minimalist budget. Your vacation moments will be even more difficult to forget because they are captured through a camera with a different angle through a drone.  With the choice of drones in the range of 2 million above, the moment of traveling will be more complete because travelers can also get cool photos with this tool.

How is technology improving online gameplay?
Tips for Choosing a Laptop for Graphic Designers
How to choose the best mobile to work
Safe Tips for Online Transactions You Must Know