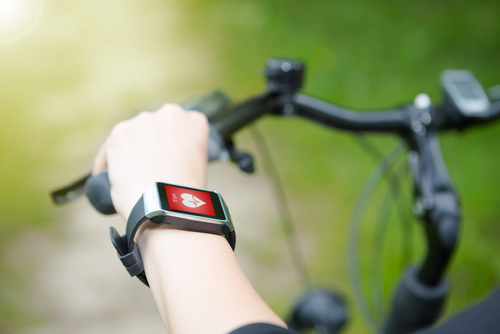 Using a bicycle for daily activities has indeed become a trend and part of a lifestyle. Not only for sightseeing or leisure time, but it also is not uncommon for office workers to use bicycles as a means of transportation to get to work.

Using a bicycle also has many benefits, because in addition to keeping the body in shape, riding a bicycle can also reduce daily transportation costs and even save time because it can freely go through alternative roads that cannot be passed by motorized vehicles.

The types and models of bicycles are now increasingly diverse and adapted to the needs and conditions of the user. An example is a folding bicycle or what is known as Seli. Besides being comfortable, Seli can also be taken into other transportation, such as trains.

Even more exciting, riding a bicycle is now pampered with various accessories including gadgets that can support performance so that cycling becomes more fun. So if you want your cycling experience to be more exciting, you must have the following 4 gadgets:

Who says riding a bike is boring? For those of you who like to look for challenges with a bicycle, one of the most sought-after gadgets is usually an action camera. This small, versatile camera is best suited for use when cycling, especially when taking challenging routes, such as downhill. But if you use a bicycle more often in the middle of the city, taking pictures of the atmosphere of the city streets is no less exciting. You can turn on timelapse e mode while you are wading through traffic jams in the city so that your recording will be interesting, especially if you record it at night.

This one is no less important, especially for those of you who like to put an action camera on a bicycle. The gimbal functions as a stabilizer or vibration damper so that the images you record do not shake and interfere with the results. The types and brands of gimbals also vary and the level of vibration damping is also different, according to the price, brand, and quality of the gimbal.

Without the mounts, of course, you will find it difficult to put the camera on when pedaling a bicycle. Mounts have a vital function, namely to attach the action camera to any part you want, such as bicycle steering, bicycle saddles, helmets, and even hands and chest. The placement of the mounts really depends on the angle of the image you want.

So that you don’t bother having to reach into your pocket when there is a notification on your smartphone, you should use a smartphone holder. This can also be useful when you have to turn on Google Maps to find directions. However, it is better if you do not answer an incoming call immediately so as not to endanger your safety and other road users.

5 Gadgets You Must Bring When Traveling
How is technology improving online gameplay?
Tips for Choosing a Laptop for Graphic Designers
The 5 Best Bluetooth Headphones You Must Have